In the summer of 2012, we lost a dear friend, a core member of our group, Joe Stevens. 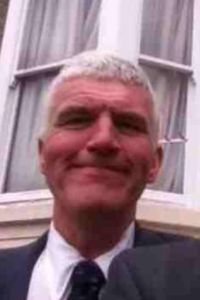 Joe made New Leaf what it is, and we continue our work, inspired by his.

Joe believed that every young person deserves a chance to make amends and could make positive changes in their lives.
He built a great rapport wth many of the young people who met him. Although he was a man of not many words, his sincerity and dedication was clear for all to see.

Joseph was one of our volunteers who were presented with Southwark Stars Awards at the recent Volunteers Centre Southwark Annual Award Ceremony. The awards are in recognition of the time and commitment that so many people give freely to community organisations in Southwark. People have to volunteer for at least 100 hours in a year to be considered.

In his usual modest way Joseph said he didn’t know why he should get one before others did.I suggested that it may be something to do with the fact that he had volunteered for us for at least 360 hours in the past year, and that he had never been late or failed to attend. He just smiled and said, ” But I love doing it.”